The Plastic Banknote From Concept to Reality 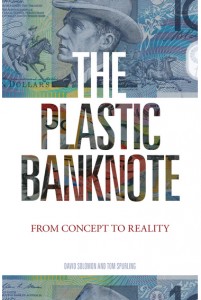 Plastic banknotes have become increasingly more popular with central banks in recent years. What started in Australia as a high tech solution that addressed a number of concerns, from durability to counterfeit deterrence has gradually nibbled at the edges of traditional substrates to become a serious and disruptive contender. Following Australia, other significant G7 partner countries are evolving their banknote components. In addition to many countries that have tried the plastic banknote, Canada and the UK have or will transition their entire inventories to a plastic banknote format. It would seem that the plastic banknote, or polymer banknote as the insiders call it, is here to stay. It even has a humorous aspect.

Our resident editor of all payments news has kindly provided us with yet another in what we hope is a series (see Dan’s review of Cash Box: The Invention and Globalization of the ATM), of book reviews relevant to the currency industry.

The Plastic Banknote: From Concept to Reality 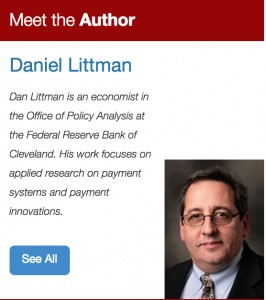 The word â€œplasticâ€ has long had a pejorative meaning in the United States, often used as an epithet to denote someone or something fake or to belittle materials such as in â€œcheap plastic toys.â€ And plastic has been a term of derision in popular culture, perhaps most notably in the iconic 1967 film The Graduate.

I like to think that inventors, engineers, and scientists are immune to the whims of popular culture and that their lines of research are not influenced by the stains attached to the materials with which they work. With plastic, science seems to have escaped the negative association, even while popular culture has not. John Wesley Hyatt, a US scientist, developed the first commercial application for plastic. In 1869 he discovered that cellulose could be made into stable, hard objects. He commercialized his discovery by making plastic-coated substitute balls for the then-popular game of billiards (traditional billiard balls of the period were invariably made of ivory). Leo Baekeland, another US inventor, is probably the most notable innovator in the early history of plastics. In 1907, he developed Bakelite, a plastic made into objects found in virtually every American home by the 1940s. Bakelite is likely responsible for the â€œcheap, imitationâ€ connotation still attached to the word â€œplastic.â€ By the 1960s, many scientists were working to make plastic the advanced material we find today in our cars, computers, phones, and spacecraft. One of those innovators is David Solomon, an Australian scientist. In 1968, while working at Australiaâ€™s Commonwealth Scientific and Industrial Research Organisation (CSIRO), Solomon proposed to the Reserve Bank of Australia a plastic substrate for banknotes.

The Plastic Banknote tells a fascinating story spanning 30 years, from Solomonâ€™s initial 1968 proposal to the release of an A$10 commemorative note in 1988 to the complete switch in 1996 from Australiaâ€™s â€œpaperâ€ (actually a cotton-linen substrate) to polymer notes.

In 1966, Australia decimalizedÂ its currency system, moving from notes and coins denominated in pence, shillings, and pounds to one using pennies and dollars. The new banknotes contained state-of-the-art authentication features, including a watermark, a metalizedÂ plastic thread, and intaglio printing. Within a few months, counterfeiters set about replicating the new A$10 note. One group of counterfeiters was successfully simulating the look of the note, watermark, and thread, but was caughtÂ quickly. After the A$10 counterfeiting was publicized, the fear of counterfeit A$10 notes was so great that a number of Australian retailers stopped accepting the note for a time. Law enforcement and central bank officials were surprised to find that the counterfeitersâ€™ tools were readily available printing equipment and basic printing techniques. Much hand-wringing followed, and an effort to find a better banknote, and better anti-counterfeiting features, followed. 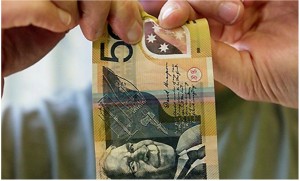 CSIRO, the University of Melbourne, and the Reserve Bank of Australia collaborated over the following decades to develop the polymer-substrate notes that circulate today in Australia. The successor company that produces polymer substrate for central banks around the world, Innovia Films, reports that there are now 78 banknotes in 24 countries using polymer instead of paper. Countries such as Australia, New Zealand, and, soon, Canada and the United Kingdom use or will use polymer substrate for all of their notes. And some, Vietnam and Nigeria, for example, have only one or two denominations on plastic, with the rest on traditional cotton or on cotton-linen blend substrates.

Readers might wonder why it took so long to get polymer off the ground as a material for banknotes. The main reason is that banknotes are the most highly engineered everyday objects in the world, passing continually from hand to hand. Banknotes are symbols of their country of origin and of the note issuer, the central bank; and they are critical to the trust consumers and businesses have in a countryâ€™s monetary system. They are at once pieces of artwork and instruments for making payments. Banknotes have to survive the rigors of circulation, resisting folds, holes, tears, and trips through the washing machine. Banknotes have to work well and last a few years in very hot and very cold, very wet and very dry conditions. A banknoteâ€™s printed features, whether applied by offset or intaglio printing, have to stay attached to the substrate through all of this abuse. And a banknoteâ€™s various anti-counterfeiting featuresâ€”man-on-the-street features (e.g., intaglio printing, watermark, thread), covert machine-readable features (sometimes magnetic-based), and forensic featuresâ€”have to survive, too.

Banknotes were first commonly issued in Europe in the late 17th century, appearing in Sweden in the 1660s and in England in the 1690s. Over the next few centuries, banknote printers perfected substrates, inks, printing processes, and other features that met these requirements. These notes all had (and most still have) specially engineered paper substrates: since the late-19thÂ century, the paper involved has typically been made of cotton or a cotton and linen mix. This is a â€œfabricâ€ much more durable than paper made from wood pulp. For the Australians, going to polymer required a revolution in substrate fabrication. And the polymer had to do all the things performed by the existing paper-substrate notes.

The book interweaves 3 themes in its 240 pages. First, it relates a 30-year corporate history detailing the many individuals and institutions engaged in those 3 decades of work. Second, it offers a history of practical, commercial innovation in an everyday object many of us pay little attention to, at least in terms of its physical properties: foldable money. Third, it provides an invaluable discussion of the requirements of banknote design, production, and circulation.

Plastic Banknoteâ€™s discussion of corporate history is likely of most interest to the parties who were involvedÂ in the work and the people who knew them. The community ofÂ banknote designers, engineers, scientists, and distributors is a small one, but every country in the world has such a community. Even at the remove of 10 or 20 years, the specialists in this community would recognize many of the names of individuals involved in the Australian effort.

The book is part of a sub-genre of business-history books that focuses on the processes and consequences of innovation. It is a useful addition to that literature which, up to now, has lacked an accessible case study of innovation for the worldâ€™s most ubiquitous product, the banknote. The book will also be of interest to those of us in the â€œmoney businessâ€ such as banknote printers, central banks, commercial banks, armored carriers, and equipment vendors. Professionals in the business should find comfort in the fact thatÂ the book illustrates the difficulties inherent in changing such an entrenched product. But they should also be encouraged by the fact that the Australians succeeded in the effort.