Editor’s Note: We have been hearing for a while now that the British Pound might move to a polymer substrate. Now that Mark Carney is firmly entrenched as the Governor of the Bank of England the time seems right as the Bank of England confirms move to polymer. We wonder what this will mean for De La Rue in the long run as their business has been challenged by increased competition and some unfortunate PR debacles. It seems that only time will tell. We wish to thank Astrid Mitchell of Currency News for this interesting insight onto this historic decision…Â 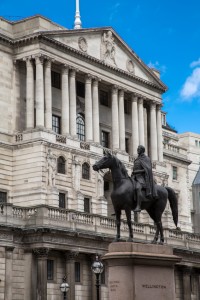 Following a three month public consultation, the Bank of England surprised no-one by announcing in December that its next two new banknotes (the Â£5 and Â£10 notes) will be produced on polymer. The first, the new Â£5 will go into circulation in 2016. The new Â£10 will follow a year later. Both will be 15% smaller than the current notes.

The decision followed a three year research project by the Bank looking at the materials on which banknotes are printed, which concluded that there were a number of benefits to be derived from moving to polymer. However, it then put the case to the public, through the consultation programme, to see if the move would meet with broad public acceptance.

The programme aimed to enhance public awareness and understanding of polymer banknotes and to give the Bank a broader understanding of the publicâ€™s views. New, specially-designed Â£5 and Â£10 banknotes closely resembling the current cotton paper-based banknotes in colour and design were produced, so that participants could see, feel and hear what the new notes would be like compared with the existing ones (although, obviously, it was not possible to compare circulated Â£5 and Â£10 bank- notes in the two substrates).

At the various consultations (40 in total across the country), the Bank of England provided the results of its research and its reasons for proposing the move to polymer, so this was not an exercise where the pros and cons of both substrates were provided. Nevertheless, the reaction was so strongly in favour of polymer that the Bank of England were left in no doubt as to the outcome of the exercise – of the 13,000 individuals that took part, 87% responded in favour of polymer, 6% were opposed and 7% neutral.

These results were confirmed in a press conference headed by the governor, Mark Carney. When questioned why the polymer would not be supplied by the incumbent printer and substrate supplier De La Rue, he confirmed that the Bank intends signing a contract with Innovia Security (which has a polymer production facility in the UK)Â instead, but gave no reasons for the decision.

In parallel with the consultation, the Bank reported that it engaged with a wide range of stakeholders in the cash industry in recognition that the new polymer notes will require greater change to cash handling practices than would new paper notes, andÂ that it will continue its dialogue with the industry and work collaboratively towards a smooth introduction of the first polymer note. The Bank will host an Industry Forum in February 2014 to initiate this work.

The People to Have their Say on Characters on Banknotes 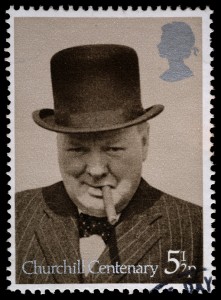 There was a furore in the UK last year when the Bank of England announced that Winston Churchill would be replacing the 19th century philanthropist Elizabeth Fry on the new Â£5 note. The controversy had two aspects – those opposed to Winston Churchill on mainly political grounds and the far more vociferous one from womenâ€™s movements, which objected to removing the only woman (apart from the Queen) on the four English banknotes. The Bank was quick to respond by releasing the information that the 18th century novelist Jane Austen had been chosen for the new Â£10 banknote, likely to be released in 2016.

At the same time, the incoming governor, Mark Carney, promised that the Bank would review the way in which characters featured on its banknotes are selected based on the premise that, in order to ensure public confidence in the banknotes, it is essential that the choice of characters commands broad public respect and legitimacy.

At the press conference announcing that the new notes would be polymer, the Bank also announced a new set of principles to guide the choice of characters, and a new process to ensure that those principles are – and are seen to be – followed. Mark Carney said that â€˜the new principles for character selection state clearly and positively the Bank’s aims in using historical characters on our notes. They put diversity and inclusivity at the heart of the selection criteria. They make clear our intention to portray a diverse range of characters over time, with each new decision taking into account previous choices. â€˜The new process will be open, transparent and inclusive. There’ll be greater public input, and also input from external experts in the form of a new Advisory Committee with a majority of independent members. That body will recommend a broad theme – for example, scientific achievement – before the public are invited to nominate characters within that theme. The Advisory Committee, with input from public focus groups, will narrow down the field to a final shortlist of candidates, and the Governor will make theÂ final choice from that shortlist.

â€˜These changes will ensure that theÂ characters on our banknotes are fully representative of the history and diversity of this great nation, while having the necessary public respect and legitimacy.â€™