Why We Should Give Up On Cash 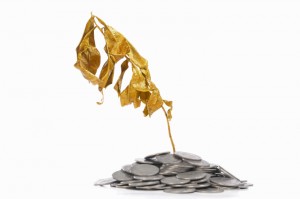 What is the answer to the oldest question we know?

Why should we give up on cash?

We shouldn’t, as long as we still have reasons to use it, everywhere in the world, ubiquitously.

At long last we have found a journalist who is asking the right questions about why we should give up on cash. For the past eight years (yes, Counting On Currency recently celebrated our eighth birthday!) we have been promoting the fact that cash will not die in our lifetime, or likely not even in our grandchildren’s or great grandchildren’s lifetime. Notwithstanding the enormous effort of the credit card companies and other alternate payment promoters to convince us that cash is dying and that it is more expensive than credit and debit cards, cash continues to thrive. In particular we respect the recent research from Mastercard that acknowledges a vast majority of global payments are still made with cash. We would like to thank Bethan Cowper, Head of International Marketing at PaymentsSource for challenging us to think about why we should give up on cash.

Consumers Need a Reason to Give Up Cash

by Bethan Cowper
APR 8, 2014 4:00am ETÂ – Consumers Need a Reason to Give Up on Cash
There is much discussion around the demise of cash and quite rightly so. These are exciting times for the financial industry with substantial growth in payment innovation. Respondents to numerous surveys claim that they will use their mobile phone, contactless card and other alternative payments in the future and that they currently mostly pay for everything on card and over the Internet. 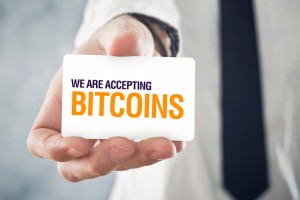 These resulting figures are making headlines. However, while it canâ€™t be disputed that we are moving towards a society with less cash and have been for some time, this evidence should by no means lead to the notion that cash is on its death bedâ€”it is just being complemented by alternative channels driven by convenience. For cash to cease to exist, the need for cash must be eliminated first.

MasterCard recently announced (http://www.mastercardadvisors.com/cashlessjourney/) that 85% of the worldâ€™s transactions are still carried out in cash, so itâ€˜s a bit soon to be jumping the gun. With more payment methods come more choice; perhaps it is the consumer buy-in to this choice that has led to the decreasing figures around cash usage and not an overall decrease in demand.

According to the Federal Reserve, there is 42% more cash in circulation today than there was five years ago and with the U.K.â€”alongside more than 20 countries worldwideâ€”announcing new, longer lasting plastic notes to be brought into circulation in 2016, it isÂ clear that cash is here to stay for the foreseeable future.

The notion of a cashless society isnâ€™t as straightforward as convincing merchants and consumers to jump on board; which, in itself, is an arduous task fraught with technophobe boomers and smaller merchants seeing little or no return on their investment. There are numerous factors at play; from legacy banking systems unable to support innovative technology, to legislation, to smartphone adoption to technology penetration that can vary in different countries.

As exciting and as a cashless society sounds, letâ€™s not get ahead of ourselves. It is undeniable that cash will decline in popularity and that other channels will absorb this percentage share. However, the mass adoption of alternative channels that has been predicted year-on-year for the last decade hasnâ€™t come. Instead figures rise slowly and consumers adopt with caution, concerned about fraud and often uneducated on security.

Consumers know cash, consumers trust cash and these are two big barriers against the extinction of paper money. Letâ€™s face it. We havenâ€™t even been able to retire the check book.