The Case Of The Missing Money

It is interesting to note that there is $3,774 of cash in circulation for every person living in the United States. We also know that the amount of cash in circulation has been growing steadily year-over-year. Why then is only about 15% of that cash accounted for? Where in the world is the other 85% and what is it being used for? Without further fanfare, let us investigate The Case of the Missing Money.

In an attempt to answer these questions, we offer the following article from Clay Wirestone, Editor of the Concord Monitor. We also would like to thank our friend and long-time supporter Mr. Michael Wilson for feeding us the first clue in unravelling the Case of the Missing Money.

The Mystery of the Missing Money 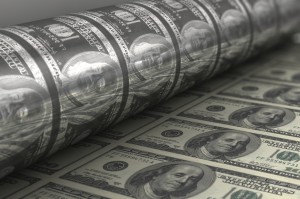 The Federal Reserve tells us that more than $1.2 trillion worth of paper money is in circulation. In fact, there isÂ $3774 in cash for every American. But we only know where roughly 15 percent of that money isâ€”in banks or in regular, everyday circulation in the United States. The other 85 percent of the United States currency supply is simply missing. No one knows for sure where it is or what it’s doing. “We call this the currency enigma,” said Edgar Feige, an economics professor emeritus, in an interview withÂ American Public Mediaâ€™s Marketplace. “Itâ€™s hard to figure out where this currency is and why so much of it is out there.”

There are some good guesses, but no certainties. And those possibilities tell us something about how our economyâ€”and the world’sâ€”really works. 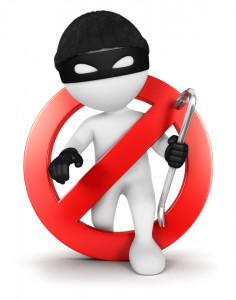 A chunk of the money is probably used in illegal transactions. This shadow economy is enabled by cash, which is generally the most anonymous method of payment. Economists like Feige put the size of the shadow economyâ€”which includes drugs, prostitution and various other misdeedsâ€”atÂ hundreds of billions of dollars. At certain points, that has accounted for more than 20 percent of the countryâ€™s adjusted gross income.

But this doesnâ€™t mean that all of the missing money goes into the shadow economyâ€”after all, currency can be used again and again as it passes from person to person. ThatÂ leads some economists to theorizeÂ that a relatively small percentage of the missing currency (less than 10 percent) is part of the black market.

So whereâ€™s the rest of it? Muchâ€”if not mostâ€”of the money is probably overseas. U.S. bills are still seen around the world as some of the most stable and reliable currency available. So vast quantities of cash are hidden away for a rainy day (some $80 billion in Russia alone). 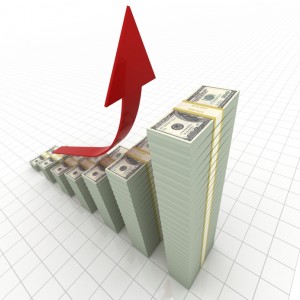 Thatâ€™s not necessarily a bad thing. Think of it this way: If someone holds onto U.S. currency, theyâ€™re essentially giving the Federal Reserve free money. This concept is calledÂ seigniorage, and itâ€™s a bit complicated to explain. Hereâ€™s the basic idea: The Fed creates money by buying government bonds from banks. As people demand more dollarsâ€”and hold onto themâ€”the Fed buys more bonds to increase the supply. But those bonds earn interest, which means our central bank pockets billions of dollars in pure profit each year.

All of this means that the Federal Reserve has a balancing act on its hands. It has to bring new money into circulation (since that earns it sweet, sweet moolah), but the bank also wants to keep U.S. currency from being mainly used by gamblers and drug smugglers. In the 1960s, we stopped printing $500 and $1000 bills, as they were almost exclusively used illegally. These days, there’s been criticism of the $100 bill for just the same reason. Believe it or not, there areÂ more $100 bills in circulation than $20 bills!

The Fed also wants to make sure that the bills are as secure as possibleâ€”the demand makes the $100 an attractive target for counterfeiters. Thatâ€™s why the $100 wasÂ redesigned just this year.

Editor – Here is an interesting fact, “Hundred dollar bills make up nearly 80 percent of the cash in circulation. There are more of them in the world than $20 bills.” – we did not know that! 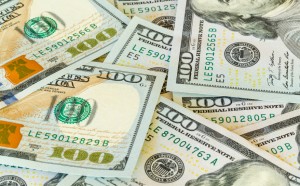 You all know from a recent Counting On Currency article entitled Currency Infographics, that we have a love of communicating with pictures and diagrams. We found the following infographic to be particularly useful in solving the Case of the Missing Money. 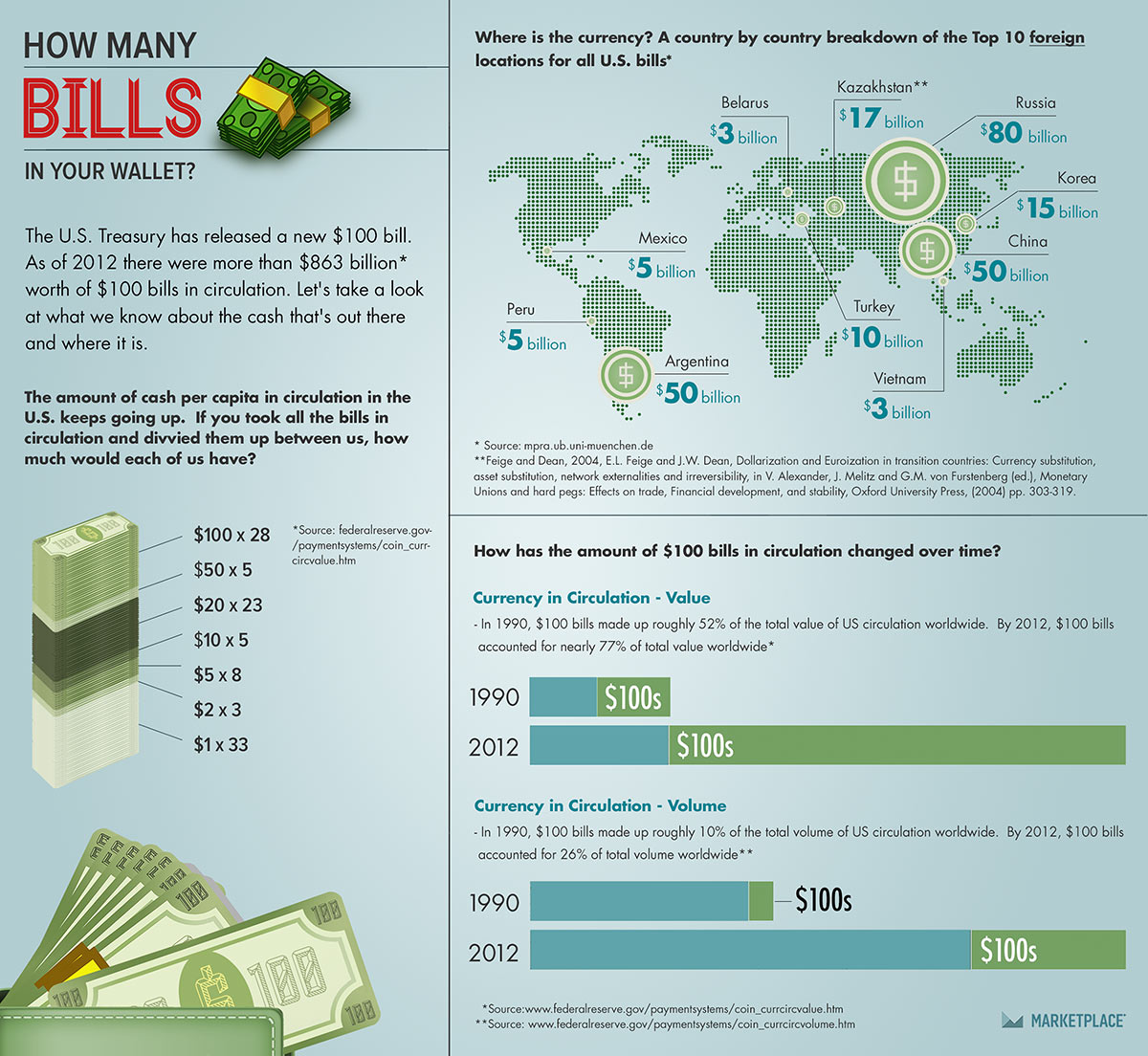