Put Your Trust in Cash

One of the great benefits of traveling as much as I do, is the privilege of meeting people. I am rarely disappointed when I strike up a conversation with a complete stranger, because it affords me the opportunity to experience the world, however briefly, through the eyes of another. The following is a brief account of an executive I met who absolutely and without question spoke these words – “put your trust in cash”.

The story started like this… I was staying at another forgettable hotel, in a town I had been to many times. This particular hotel had a unique way of thanking it’s customers for their patronage – they hosted a home-style barbecue in the parking lot every Wednesday night, weather permitting. While waiting for the burgers and hotdogs to cook, I was enjoying a cold beverage and listening to a cluster of executive types standing next to me, complaining about the lack of pension plans that their employers used to offer. Eventually the conversation turned to methods of saving money for retirement. It was at this point that I was drawn into the conversation as one of the gentlemen asked me out of the blue what I thought of financial management companies. Apparently this conversation had been going on prior to my arrival and the group was in disagreement about the best methods of saving one’s hard earned capital. I told them that I tried to split my investing strategies between traditional stock market investments and real estate. I commented that although neither seemed to be doing as well as I hoped, I also couldn’t complain. They next asked where I was from and I replied that I live in Canada. To a person they all confirmed they wished they had the good fortune to live there as well, since their perception was that Canada seemed to have weathered the latest global depression rather nicely. I admitted as much, but added that I believed if one did one’s homework and chose carefully, one could find investment growth in almost any country (their group represented three different nationalities). My comment caused immediate laughter all around, with me at a loss because I wasn’t getting the joke. 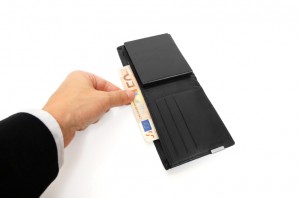 “Ever heard of Bernie Madoff?” I was asked – “who hasn’t”, I replied. It seemed that all of these gentlemen felt that every financial advisor they had ever met were cut from the same cloth as Bernie and were only in the business to fatten their own accounts. If they had such a lack of trust in financial advisors, I suggested alternatives like real estate and self-directed investment in safer assets like mutual funds, market index funds and the like. Not a one of them felt the trust in those options that you would expect from educated, successful businessmen. They all stated they were “about ready to follow GeorgesÂ lead” – George turned out to be the one man in the group who had not contributed much to the discussion since I had come along. So I turned to George and asked what his investment strategy was. “Put your trust in cash” was his response. I asked for an explanation and he told me that ever since the financial collapse of 2007 and the 2008 confession of Madoff he had lost all trust in “normal” investment options. Apparently George now puts his trust in cash, literally. On every payday he goes to his bank and withdraws five $100 dollar bills, takes them home and puts them in a safe he has built into his attic – “where no one could ever find it” he said. I have to admit that I was astonished. I asked him if he was concerned with losing money through inflation, if not robbery or fire. He felt his losses to inflation were minimal compared to the risk posed by other investment choices. He maintains adequate insurance for fire that includes the value stored in his safe (I found that a bit hard to believe) and that he has a house alarm and guns to ensure he will not lose his “investment” to the hands of a burglar. Before you think I am joking, let me tell you this man was dead serious, as were his friends. In fact all of them admitted to having at least a portion of their savings “stored in a mattress”. 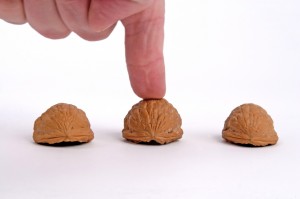 At a recent conference a representative of the Federal Reserve System was asked what people did with US currency that circulates outside of the US. The response was that, although there is not much categorical evidence, it is believed that a goodly portion is being hoarded as “a store of wealth”. It would seem then that George and his friends are not alone. In fact the more I travel and talk with people, the more frequently I encounter those who have already, or are slowly but surely, losing faith in traditional investment methods. If it wasn’t for cash, I am not sure what George and his tribe of non-believers would do. I can hear them almost every time I engage in similar conversations – “Put Your Trust in Cash!“. That mantra seems to be gathering more popularity, and it makes me wonder if my investment choices are as diverse as they should be.