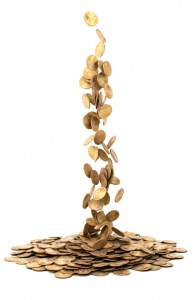 A Case for Change

Ask any world traveller what they do with all of the foreign coin they accumulate during their numerous trips to far away lands. The answer you get will probably include the following – “I try to spend it before I come home” and/or “I have a drawer in my desk full of loose foreign coin”. Ask a Bank, CIT or a small retailer and often the answer is either “we throw it away” or “we sell it for scrap”. In truth, dealing with foreign coin is a problem not only for the individual traveller, but also for businesses and financial institutions as well. In fact, most of us to one degree or another are impacted by the problems of handling foreign coin.

We recently communicated with Scott Hutchings of Â Coin Co. International PLC, via a LinkedIn article about foreign coin management. What was discoveredÂ from our minimal research was a real “everyone wins” story. In fact Coin Co. has more success stories such as their efforts with airports world-wide to collect foreign coins and notes for conversion to charitable organizations.

From the following summarized case studies we can hopefully begin to imagine ways in which our own organizations could either recover lost revenue and/or make some meaningful social contribution.

Like most transit organizations in North America, Mississauga Transit still transacts the majority of their fares with cash, and a lot of it! Recently, the head of cash operations for Mississauga Transit reached out for a solution to their foreign coin problem. They were receiving a significant quantity of foreign coin that was passing through their collection systems. Until now foreign coin represented a 100% loss of revenue to the company. Coin Co International Plc was eager to help with their problem.

It seems that regardless of how sophisticated a fare intake process is, foreign coin (and even notes) make it into their system. Receiving, processing, crediting and dispersing or foreign currency is the heart and soul of Coin Co.’s business. They dispatched one of their drivers to meet with MiWay staff, discuss terms and collection scheduling and to deliver collection bags that the coins and notes could be secured in. As dictated by the agreed schedule, the first pick-up was made and uponÂ arriving back at the CCI facility, the total allotment was weighed. The bags collected weighed over 76kgs (over 165lbs), all of which was foreign currency! For MiWay, this had meant aÂ complete loss of revenue as no bank or other currency exchange organization was willing to accept the foreign coin.

The choice for MiWay was very clear.Â  It is much better to recoup some of the value than none at all.

A number of years ago, the TTC faced a similar situation to MiWay, but on a much larger scale (over 1.6M riders vs. 108,00 on a daily basis for Mississauga Transit).

The TTC has an extremely sophisticated coin processing centre capable of sorting millions of coins per day. In addition, they have processes in place to handle all of the Canadian and American coin that comes through their system. Further, their machines are configured to reject any coin that is neither CAD nor USD. In other words, they are configured to reject foreign coin.

Given that the TTC is in the business of moving people and handling local currencies, they have no interest in finding other alternatives to dealing with foreign coin. Sending it out to be melted down did not seem practical, or even legal given that it is sovereign currency. Â Who has the time to manage the problem given the almost insignificant amount? What would selling for scrap and possible smelting net the TTC?Â  A few dollars per pound? Â It seemed likely such a scheme, if legal, would even pay for the effort involved.

Instead, the TTC chose the services that CCI provides. Â They too have chosen to recoup a part of the lost revenue with a low impact collection and pick-up process. 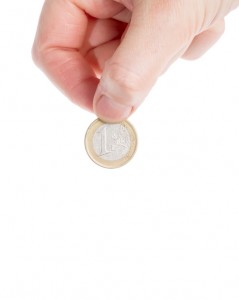 Tim Hortons is a recognizable coffee and donut chain that spans Canada coast to coast with hundreds of locations in the US and around the globe. If â€œAmerica runs on Dunkin Donutsâ€, Canada is fuelled by Tim Hortons. Each and every Timâ€™s location across Canada and most (if not all) in the US support the Tim Hortons Childrenâ€™s Foundation. The THCF was established in 1974 and in 2013 sent 16,000 economically challenged kids to THCF camps across Canada and the US.

Tim Horton’s established a coin collection program in their stores whereby there is a collection box in front of every cash register and drive-thru window.

In 2013, their coin collection program brought in $7.2MILLION!Â  That is a staggering amount of money when you consider that it is collected virtually a penny at a time! What they didnâ€™t realize when this started was that they were also going to be the recipient of foreign coins. In fact, the THCF collection boxes receive roughly 120 different currencies! Â When you consider that coin collection globes set up in airports around the world only see 80 different currencies, this is an amazing testimony to the success of Tim Horton’s fundraising efforts. But… what do you do with all that foreign currency though?Â  The banks did not want it and the currency exchanges would not accept it. In the end Tim Horton’s turned to Coin Co International. The THCF is also expanding donation payment options to includeÂ all forms of payment (debit, credit and Tim’s own pre-paid card). As a result the cash donations per store are declining.

However, cash donation revenue has remained roughly flat due to new store openings – another 500 in Canada and 300 in the US are planned for construction from now through 2019.

After working with CCI, THCF determined that the best strategic move would be to inform their customers that they accept any foreign currency. A minor win on the marketing side and a big win in community relations. Tim Hortons will be rolling out stickers to be placed on their collection boxes across Ontario (approximately 1875 boxes) that makes the simple statement â€œALL CURRENCY ACCEPTEDâ€.

With approximately $745M in Canada and over $2B in the US in foreign currency, the sky is the limit for this childrenâ€™s foundation!