Over and over again we hear stories and news reports about the demise of cash. One of the biggest threats is said to be the advent of the Smartphone and the many apps that can help you live a cashless life – PayPal, Google Wallet, Square, Bump Pay and Dwolla to name but a few. So, you can imagine our surprise at reading the following articles regarding smartphone currency authentication in this months Currency News – Mobile Phones – The Opportunities for Cash andÂ Jura Develops New Authentication App.Â Â It would seem that when it comes to promoting currency and simple currency authentication, there is an app for that! It would appear that smartphones, when used for currency authentication can actually promote the use of cash.

Once a month we provide a feature article from our friends at Currency News, as we did last week. Although we do not normally run the Currency News articles back-to-back we couldn’t resist the temptation to do so with this very timely and interesting set of articles (Currency News, March 2014 Vol. 12 No. 3).

Mobile Phones – The Opportunities for Cash

It isÂ often assumed that the evolution of mobile payment technology poses a threat to the use of cash. But that assumption is now being challenged, not only by the traditional advocates of cash, but also by empirical evidence from countries where mobile communications have made the greatest in-roads into societyâ€™s payment practices. 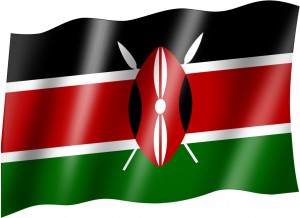 The best example of such evidence comes from Kenya, which is a leader in mobile money. Even so, in 2013, 99% of all retail transactions in Kenya were still conducted in cash, with most of the remainder done through informal credit arrangements. Certainly the M-Pesa system has revolutionised funds distribution but, once the â€˜agent-to-agentâ€™ transaction has been completed, cash once again takes over.

Critically, as Kenya has shown, the mobile phone has enabled a largely unbanked population to transact and transfer money (nearly three quarters of the population do not have access to banking services). The ability to do so is a major driver for eco- nomic activity, and as this activity grows, so does the demand for cash. So what has happened in Kenya is not that mobile money has replaced cash â€“ because the transactions werenâ€™t there in the first place. Instead it has served to allow the means, and hence gener- ate the demand, for cash.

Providing proof of this, the volume of currency in circulation in Kenya increased by 35% in the last six years, ie. since the launch of M-Pesa, and the value has doubled. Not all of this can be attrib- uted simply to the greater ease with which payments can now been made. But it is certainly a factor.

The International Telecommunications Union predicts that the number of in-use mobile phones is expected to exceed the worldâ€™s population in 2014 (7.3 billion), so there is plenty of chance for mobile phone technology to impact payment systems in other ways too.

Which leads onto one of the other key benefits of mobileÂ phone technology for our industry, but in aÂ completely differentÂ way. And this is public engagement.

As we have argued in previous issues ofÂ Currency News, oneÂ of the main threats to the future of cash is indifference. While people will use whatever means of payments best suits them (at least, in those countries where there is choice), cash has an advan- tage in that there is an emotional attachment to it that doesnâ€™t exist for other forms of payment. But this attachment needs to be reinforced for it to endure, and the opportunities to do so are limited.

Enter the smartphone, and apps. These provide a perfect opportunity for central banks to connect with people by harness- ing their addiction to smartphones, as well as their general dependence on technology to carry out all manner of tasks. This is particularly true for younger members of society, whose engage- ment in cash is essential if it is to survive in the future.

Central banks have cottoned on to this, and a number have now developed apps which educate the public in an engaging and interactive way about their banknotes and the features in these. The first to do so was De Nederlandsche Bank with its EuroBiljet. This topped the charts in the Netherlands with 50,000 downloads when it was launched in 2011, proving that people are indeed interested in using apps to learn about their currency.

The DNB is also the first organisation to harness the in-built capabilities of smartphones to authenticate an existing banknote, with Project PHONEy (see CN Vol 12, No 2). In a similar vein, this month we report on the work Jura is doing (see page 10) and the new features for coins from Graphic Security Systems Corporation (see page 11). Others that have developed features and apps specifically for currency include Orell FuÌˆssli and Fabriano.

Whether or not this use for smartphones takes off with the public remains to be seen. But providing a simple means of authenticating notes on the spot that does not involve much time or, critically, additional equipment has to be positive.

The mobile phone revolution is fully entrenched in the global economy. As well as being aware of potentially adverse consequences, the worldâ€™s currency community should embrace the opportunities the technology represents.

In last monthâ€™s issue of Currency News, we reported on Project PHONEy from De Nederlandsche Bank, which is a smartphone app for the authentication of banknotes (in this case the euro) using the notesâ€™ existing line structures and rainbow effects.

During the Pan EuropeanÂ High Security PrintingTM Conference in Milan lastÂ month, Barna Barabas of Jura
presented an alternative development. Its version -Â which is 80-90% complete -Â comprises a specially engineered intaglio-printed lineÂ feature – rather than an existing print structure – for authentication by an app. Called SPAS (Security Print Authentication System), this app picks up the varying densities of the feature, as well as the different thicknesses, angles and structure of the dashed and continuous lines.

The app has been developed on the Android-based Samsung Galaxy II/III/IV operating system, but the intention is to extend it to all systems once the develop- ment phase is over.

The feature has been constructed with a borderline that changes from red to green in the smartphoneâ€™s viewer when the image is in focus and ready to be captured.

Once the image is captured, it takes a fraction of a second to get a yes/no authentication message, or a message to repeat the process.

For the development phase, the feature – which is in the form of a â€˜10â€™ numeral – was incorporated into sample notes printed by the Hungarian Banknote Printing Co.

The decision to use this kind of feature resulted from an analysis carried out by Jura – with extensive help from the Central Bank of Hungaryâ€™s Counterfeit Centre – on many different kinds of forgeries, separated into high and low quality. 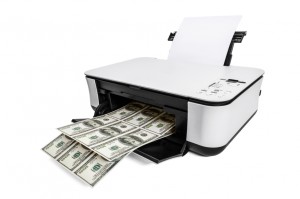 The results? Of all the photocopyingÂ machines used for the test, only one – representing 2% of the total – could produce good photocopies acceptable as genuine by the app. Jura is not yet satisfied with this result, advised Barna.

The CMYK tests are still ongoing, but no prints so far made on HP and Canon printers have produced good enough forgeries to be identified as original.

The spot colour reproduction tests are also ongoing. Jura is using two groups of â€˜forgersâ€™ for these tests: oneÂ with security printing experience and one without. Up to now, not even the experi- enced forgers have been able to make passable copies.

Also encouraging was the fact that all genuine notes were recognised as such: none were mistaken for counterfeits.

Any kind of user-definable pattern within the overall banknote design can be authenticated by the app – it doesnâ€™t need to be a number, says Barna. And no extra production steps, or special ink, are required to create the pattern.

But it should always be accompanied by a borderline for easier identification.