Is Branch Banking as relevant as it once was, not so very long ago? It was only twenty years ago that the local bank branch was a necessity for managing the operations side of daily life. There were cheques to deposit, cash withdrawal for various purchases and maybe a tax or water bill to pay. Flash forward to 2014 and the dawning of the age of the smart device and wireless any-time access to the internet. Today it is possible to take a picture of a cheque with your smartphone and send it to your bank who, depending on your account status, may very well credit you immediately. Need cash? It is generally available at the closest ATM located as close as your local convenience store, gas station or grocery market. Have bills to pay, you say. OK – contact your Bank, by phone or internet and set-up on-line banking – you don’t need a computer to do this, by the way. Now you can pay as you go to all your utility companies for heat, water, waste, etc. – taxes, fines and other payments can be made equally as easily. All that and I haven’t needed to go to my local Bank branch once. The problem is that I need my Bank. They have all my money and can assist me in managing and hopefully growing it. The interaction points are changing and so Bank management globally is faced with logically justifying the existence of each and every Branch in their networks. As you will see in the American Banker article below a recent report would indicate a large number of Banks, of all sizes, should reduce their Branch networks significantly. At least in America. Personally, I believe this is a global game changing opportunity fuelled by the exponential adoption rate of wireless connectivity. Banks have a chance to rethink how they “touch” their customers. The reality is we don’t need as much access to a local Branch and when we do, we will travel a little further because after all, we don’t need to do it frequently.

Is the bank branch just too expensive to operate?Â 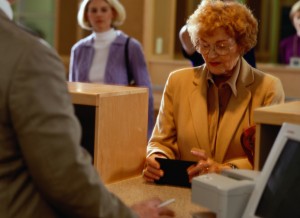 Wintrust Financial has a message for equity analysts-who are you to tell me how to run my bank? & heâ€™s not the only one. At issue is an unusually detailed & blunt research report from Sanford C. Bernstein that recommends regional & midsize banks close hundreds upon hundreds of branches nationwide. It puts a new spin on a lingering, often vague discussion about the future of branches-and has clearly struck a nerve. Wehmerâ€™s response was quick & strong, echoing the sentiments of other bankers contacted for this story. â€˜Quite frankly, I would tell you that a Bernstein analyst out of NY applying a one-size-fits-all approach to all markets would be a foolhardy way for a bank to set strategy,â€™ Wehmer says. The emotional reaction makes sense given the eye-catching numbers in the report. For example, TCF Financial in Minneapolis, BOK Financial in Tulsa & Wintrust in Rosemont IL each should close more than Â½ of its total branch network. For the $18b-asset Wintrust, that equates to 56 branches out of 111 total. The cost of operating the branches far outweighs the benefits, says Kevin St. Pierre, the lead analyst on the report. When bankers respond to that advice, their responses tend to fall into one of 2 categories, St. Pierre says-â€™valid/rationalâ€™ or â€˜defensive/irrational.â€™ A smart reason to keep branches open, St. Pierre says, is the belief that small, cash-based businesses still need a nearby branch. Or, itâ€™s understandable if you think that elderly customers want the â€˜security blanketâ€™ of being able to visit a branch. Then there are the knee-jerk responses, St. Pierre says. These bankers have said â€˜the closures wouldnâ€™t save as much money as you estimate,â€™ St. Pierre says. They argue that â€˜the vast majority of deposits still occur at the teller counter or the branches serve as billboards, increasing our brand awareness.â€™ â€˜Those are pretty expensive billboards,â€™ St. Pierre says. As if on cue, bankers balked. Hard. TCF regularly analyzes its branch network & tries to identify â€˜opportunities to optimize our footprint,â€™ says Mark Goldman, a bank spokesman. The bank in April closed 47 branches in Illinois & Minnesota; it now has 378. Otherwise, the $18.8b-asset TCF is satisfied with its branch model, as it uses retail locations to â€˜achieve significant deposit growth through an efficient cost structure,â€™ Goldman says. Bernsteinâ€™s approach to closing branches fails to take into account the fact that many TCF branches are located inside supermarkets, which offer lower operating costs than stand-alone branches. Wintrustâ€™s Wehmer argues that the report overlooks market conditions. â€˜You have to understand Wintrust,â€™ Wehmer says. â€˜You have to understand Chicago. Our premise has always been that 50% of people want this kind of businessâ€™ to take place in branches. â€˜Is there a little bit of extra cost in thereâ€™ to keep some low-performing branches open, Wehmer asks. Yes, but itâ€™s the cost of doing business. â€˜You need to service every community in Chicago, & theyâ€™re all different & they have different needs.â€™ Some banks – especially community banks – may have valid reasons for wanting to keep branches open, but rapid changes in banking technology will force banks to reduce branch counts, says Falk Rieker, SAP. â€˜They have to downsize & close branches. Itâ€™s simply not profitable anymore. When you can offer most retail services online or using mobile, itâ€™s hard to justify the existence of branches.â€™ For the Bernstein study, St. Pierre conducted a regression analysis on a branchâ€™s personnel, occupancy & equipment costs & determined that the average cost of a single branch is $1.7m. St. Pierre then studied each branch in a bankâ€™s network & recommended for closure those that either had too few deposits or were located too close to another branch, or a combination of the 2. Some exceptions were made, St. Pierre says. For example, if a branch had a low deposit level, but appeared to show growth potential, he didnâ€™t recommend it for closure. The factors Bernstein used in its report arenâ€™t enough to reflect the true value of a bankâ€™s branches, says Pat Piper, BOK. â€˜Our decisions to open, close or relocate branches are not tied only to deposits & geography. As consumer behavior evolves, so will our strategy, but branches will always play an important role.â€™ St. Pierre created other rankings & estimates, to the number of branches a company should close. One ranking produced a list of the regional banks that could chop expenses the fastest. The leader is 5/3, which could reduce noninterest expenses by 24.4% by closing the branches St. Pierre recommends. The bigger banksâ€™ defensiveness, & their often carefully crafted public statements, reflect the sensitivity of the matter, especially given the potential harm to their more intangible brand values. â€˜Our banking centers remain the most visible brand identifier in our communities, & are a key part of our strategy in terms of customer convenience & sales opportunities,â€™ says Stephanie Honan, $127b-asset 5/3. â€˜As consumer needs & expectations are changing, we are committed to serving our customers how, when & where they want to be served & believe branches will continue to play an integral role.â€™ Honan declined to specifically respond to the Bernstein report. Most superregional banks acknowledge privately they should close branches. The CIO of a top-20 US bank recently told Rieker that his biggest challenge is how to rethink branch staffing. Others say itâ€™s a matter of degree – & whatâ€™s practical. Valley National, which Bernstein says should close 46% of its 214-branch network, regularly conducts a profitability analysis of its branches, says Marc Piro. A majority of them remain profitable. The $16.3b-asset Valley is adding more technology to its branches, including interactive video teller machines & enhanced ATMs, which is expected to lower costs. â€˜While we might close a few branches moving forward, we certainly would not close anywhere near the 98 recommended in this report.â€™

I am not sure how you feel after reading that brief article, but it made me rethink why I need a Branch of my Bank as close as 1200 meters away and three more within 3 kilometers. I googled a bit for what I could find out about retying Branch Banking in this age of technology. I stumbled across the following Youtube video and present it here not because we endorse the authors, but because the content is relative to the very good arguments made in the above article.

Â The Future of Bank Branches

… here’s a bonus for those of you who read a little further!