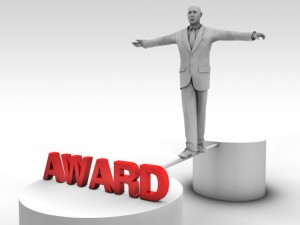 (editor:- the following is provided to us by Eugenie Foster, Executive Director of IACA)

After six successful rounds of itsÂ Excellence in Currency Awards, in May the International Association of Currency Affairs inaugurated presentation of its Technical Awards at Banknote 2014 in Washington DC. IACA has conducted the awards program since 2007 to recognize important achievements in the cash industry. Every nomination for an IACA award represents a major undertaking of the people within the organizations that are honored. These nominations symbolize the efforts of dozens, perhaps even hundreds, of individuals at central bank cash departments and cash industry companies doing their parts to improve the cash industry. IACAâ€™s Excellence in Currency Awards program is a vital component of its mission to help the industry to make cash the best that it can be. This yearâ€™s nominations tell the story of the progress that has been going on in our industry during the past several years. 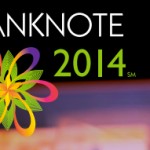 IACAâ€™s partnership with Banknote 2014 began after the IACA Board voted in 2013 to present 2 awards that have a special emphasis on Technical Achievement at the conference. Events at Banknote 2014 got off to a good start with IACAâ€™s coffee reception honoring the organizations that submitted nominations for the Awards. IACA received 20 nominations; seven for Best Currency Innovation and thirteen for Best New Currency Feature or Product. The nominees include central banks and government printing works as well as private organizations, a good example of IACA bringing together the parties within our industry. IACA Board members were at the reception to congratulate the nominating organizations.

The Nominees for Best Currency Innovation

The Nominees for Best New Currency Feature or Product

After the reception on Monday, anticipation built until the award presentations on Tuesday afternoon following the last panel of the day. Conference delegates packed the JW Marriott Ballroom to acknowledge the finalists and see who would win the awards. Brian Lang, IACAâ€™s Executive Vice President acted as MC and Rick Haycock, Chairman and Eugenie Foster, Executive Director presented the awards.

The winner for the Best Currency Innovation Award was KBA Notasys for the Protecta Varnishing Unit, with finalists KBA NotaSys for the PlateCoat system, and Giesecke and Devrient for the LookÂ® Laser Technology. Louisenthal won the Best New Currency Feature or Product for Rolling StarÂ®synchronized with SICPA SPARKÂ®. The finalists were Goznak for the Zebra feature, Oberthur for SwingÂ®and De la Rue for the Orbitalâ„¢effect for SICPA SPARKÂ®on Safeguardâ„¢. Congratulations to the winners and finalists for their outstanding achievements and contributions to the industry. 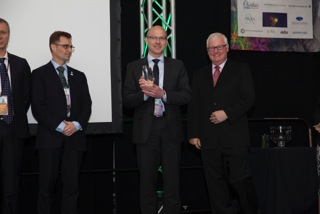 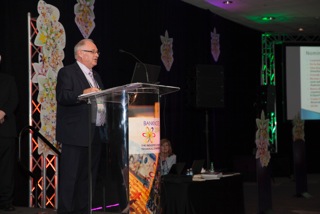 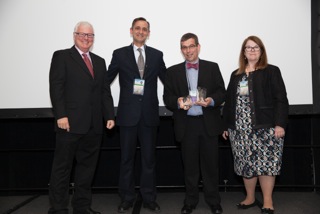 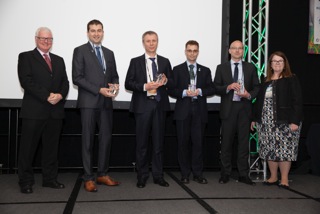