In my humble opinion, there are at least three intimidating words any developer of currency solutions can hear, regarding a competitors solution. They have a currency patent pending. Or maybe two or three, or more. 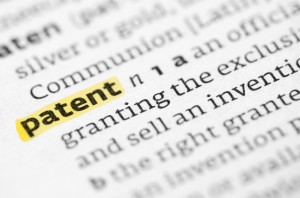 In today’s highly competitive market, every component of the currency cycle, from design through creation, distribution, Â processing accounting, forecasting and ultimately destruction is influenced by the market Intellectual Property domination strategy known as the currency patent pending. Our own readership has voiced their opinion that having access to a “Banknote & (physical) Currency Patent Resource page. With over 280 votes cast, 89% of Respondents voiced that they wanted access to such a filtered library. What is the fascination with patents? Are they a badge of honour or are they as market domineering so as to exclude all competition? 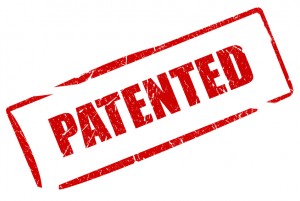 Fortunately, different countries have different patent laws. It is not possible at this time to register a single, global patent. However, some countries allow patents for solutions that would either seem common to all developers (via even innocent sharing of Intellectual Property before patenting became a market domination tool) or so broad that no other developer could ever hope to compete, thereby creating a monopoly. In no way am I saying that patents are bad. They protect the rights of the inventor for a variable and limited period of time. At one time the intellectual property protected by a patent would be licensed to other contributors, thereby allowing industry standardization, which in turn allows for the stability upon which innovation is built. Whether innovative or protectionist in nature, all patents need to be respected, defended and hopefully shared for the greater growth of any industry, be it currency or cosmetics.

Wikipedia’s definition shows both the refined and broad natures of todays patent laws:

AÂ patentÂ (/ËˆpÃ¦tÉ™nt/Â orÂ /ËˆpeÉªtÉ™nt/) is a set ofÂ exclusive rightsÂ granted by aÂ sovereign stateÂ to an inventor or assignee for a limited period of time in exchange for detailed public disclosure of anÂ invention. An invention is a solution to a specific technological problem and is a product or a process.[1]:17Â Patents are a form ofÂ intellectual property.

For reference purposes, I offer two very recent awards. One was made to Cummins Allison Corp. on February 14th, 2014 and involves the operation of a currency scanning device. In one sense this could be viewed as a broad-based patent of common functionality. I fully expect that the Company would vigorously defend the filing and award, as they should given the current regional patent system (referring to the US Patent Office, which Cummins Allison Corp. makes considerable and successful use of).

The second patent was awaded to a relatively small player in the global industry. Namsys Incorporated has been involved in currency software and (for a shorter time) retail cash and coin hardware solutions. Most recently they have been venturing into the transaction fee based integrated cloud solution arena with their Cirreon solution. It would seem to me that Cirreon benefits from this patent and is therefore poised to become a standard across the remote deposit management industry.

I would leave it to you to draw your own conclusions from these two examples. There are many more. From currency authentication features to printing components and methods, processing, accounting, forecasting – many aspects of our industry and business operations are becoming increasing influenced by patents.Â For myself, I am not convinced this is necessarily a good thing as the scales seemed to be tipped in favour of individuals and companies who (perhaps unwittingly) create markets of stagnation, including inflationary investment scenarios and competitor empathy.

I encourage you to follow the links below to examine each of these awarded patents in more detail. The act of examining them from the perspective whether they serve or segregate the market is a useful one. Hopefully a little debate and dialogue will result. I for one am all in favour of the market serving patent. Not so much for the other variety.

System and method for processing a deposit transaction

Patent number:Â 8655045
Abstract:Â A system for tracking currency bills comprises a currency scanning device. The scanning device includes a sensor that retrieves currency identification characteristic information of each bill processed. The currency identification characteristic information permits the unique identification of each bill processed. The system further comprises a customer identification means and means for associating each processed bill with the customer depositing the bill. Means for identifying the customer (or customer account) associated with a particular processed bill after the deposit transaction has been completed is also included in the system.
Type:Â Grant
Filed:Â February 6, 2013
Issued:Â February 18, 2014
Assignee:Â Cummins-Allison Corp.
Inventors:Â John E. Jones, William J. Jones, Douglas U. Mennie, Paul A. Jones 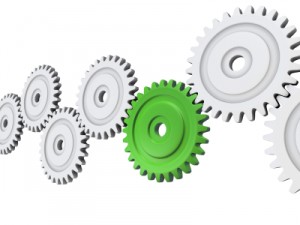 Method And System For Servicing A Drop Safe

US 20130346135 A1
ABSTRACT
A method of servicing a drop safe. Actual timing and amounts of deposits made to the drop safe are tracked over a predetermined number of historical days. Based on the tracked deposits, the timing and amounts of deposits to the drop safe are predicted for a predetermined number of future days. An optimal day for a carrier to pickup currency held in the drop safe is estimated from the predetermined number of future days. The optimal pickup day is based on: a) the predicted deposits spanning at least some of the predetermined number of future days; b) a currency holding capacity of said drop safe; c) a currency holding cost; d) a currency-in-transit cost; and e) a drop safe service cost. A pickup is arranged with the carrier on at least the one optimal pickup day. A system, and a computer readable medium carrying computer readable instructions for carrying out the method are also disclosed.
Publication number -Â US20130346135 A1
Publication type -Â Application
Application number -Â US 13/531,029
Publication date -Â Dec 26, 2013
Filing date -Â Jun 22, 2012
Priority date -Â Jun 22, 2012
Inventors -Â Jason B. Siemens,Â Guennadi Pribotchenkov
Original Assignee -Â Jason B. Siemens,Â Guennadi Pribotchenkov