Cash Is Now Stricken With Ebola 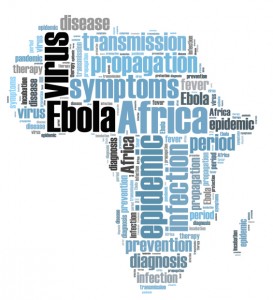 Have you seen the headlines? Various interest groups are warning those living or traveling in areas of Ebola outbreak to be wary of catching the virus from banknotes. Apparently African cash is now stricken with Ebola and there are concerns that US banknotes are next. While we are not insensitive to the effects of this outbreak, it is somewhat curious why anyone would spend the time to correlate banknotes with the carriage of contagion. Let’s face it, you have more chance of catching any virus from a door knob, hand rail or through countless daily physical contact with others. While it is true that banknotes are dirty, they have proven to be ineffective as transmission devices for any toxin in quantities sufficient enough to harm a person via a single touch. However with fear rising to near hysterical levels in media around the world, there are those who are drawn to perpetuate the myth that cash is dirty and that cash is now stricken with Ebola.

Serious media outlets support this mythological endeavour. Here in our own backyard, Finextra hostsÂ an article in which the opening line sets the tone -Â The Fear Factor on Ebola is over the top right now. After weighing in with statistics and research about a) transmission of infectious diseases; and b) the known range of banknote cleanliness, the connection is made between the two in sufficient vagueness so as to leave the reader with the unsubstantiated fear that the next time they receive change in a retail transaction they have a high degree of contracting Ebola. Yikes, Cash is now stricken with EBOLA! 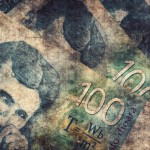 As a counter perspective we acknowledge the efforts of the media in heavily affected areas in trying to warn the population about infection. They offer much valuable information in practicing avoidance and detailing safety practices. Yet here again we see the hysteria creep in. A local paper in Nigeria offers an article that artfully blends fear, myth and a healthy dose of the obvious -Â FearsÂ that Ebola Virus Disease (EVD) could be transmitted by exchange of paper currencies may not be completely wrong, as scientists have found that paper currency and coins may be a public health risk, especially when associated with the simultaneous handling of food. That’s right, in areas where there are spreading transmissions of Ebola, Don’t Eat The Cash!Â Cash is now stricken with EBOLA!Â (editor’s note: Nigeria declared Ebola-free by World Health Organization – October 20th 2014) 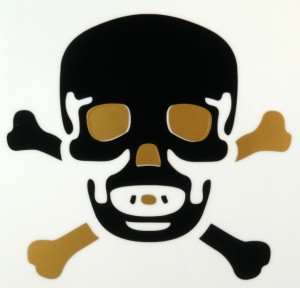 Last but not least we offer the inarguable contribution of the fringe scientific community. The International Journal of Advanced Biological Research has published a paper detailing empirical data that clearly implies that banknotes can carry certain contagion for short periods of time and that virtually simultaneous handling of banknotes and the ingestion or preparation of food is unwise. After reading this (almost) in it’s entirety, it was determined that this was a much more educated and fact supported way to re-inforce the warning,Â Don’t Eat The Cash!Â Cash is now stricken with EBOLA!

Given all this attention to cash as a carrier of Ebola, we are bound by duty to report the following statement from our intrepid central bank editor, when asked if heÂ had concerns for people becoming infected with Ebola by handling banknotes. His simple and to the point reply was, “You have it on my authority that you can keep using cash to your heart’s delight without fear of getting Ebola from it, or, frankly, any disease from it. Unless you are in the habit of eating mounds of dirty cash as part of your diet (then you will get awful indigestion, but that’s probably it)“.

We offer the following “alternate interpretations” of the “evidence”. Our personal opinion is that the only connection between Ebola and banknotes is in the money generated through pharmaceutical companies, distribution networks and middlemen with bottomless pockets. We think that the knowledgable folks at Currency Research got it right in their myth debunking paper,Â The Case For Cash.