Cash is Key in Consumer Spending

In an earlier article we offered very high level information gathered from the US Federal Reserve System’sÂ Diary of Consumer Payment Choice. Recently, the Federal Reserve Bank of San Francisco published more details supporting that cash is key in consumer spending. We encourage you to read the full report here. Perhaps now that there is substantive factual data to support that cash is still an important payment instrument, the pundits who promote the early and imminent demise of cash will rethink their position. The fact that cash is key in consumer spending in the largest mature consumer market in the world should reassure those of us in the industry that we have a long future ahead!

Following are excerpts from this extensive research:

Cash Continues to Play a Key Role in Consumer Spending: Evidence from the Diary of Consumer Payment Choice

Itâ€™s commonplace these days to predict the demise of cash. After all, consumersâ€™ use of the other major physical payment instrument, the check, has plummeted over the last decade in favour of payment cards, especially debit (Figure 1). And with rapid growth in online commerce, it may not be too far-fetched to assume that consumers wonâ€™t even be able to use a physical payment instrument in the future. However, evidence from the Diary of Consumer Payment Choice (DCPC), conducted in October 2012 by the Boston, Richmond, and San Francisco Federal Reserve Banks suggests otherwise. Not only is cash a very different payment instrument than checks, but consumers choose to use cash more frequently than any other payment instrument, including debit or credit cards. Cash plays a dominant role for small-value transactions, is the leading payment instrument for many types of purchases, and stands as the key alternative when other options are not available. In certain cases, including that of mostly lower-income consumers who lack access to alternative payment options or find them too costly or difficult to obtain, cash is also used for relatively larger-value transactions. Using the DCPC data, this paper explores where, how, and why people use the various payment options and highlights the key and enduring roles cash continues to play in consumer transactions.Â

Cash is the most used retail payment instrument

Cash is widely used, even where other payment options are typically available

As shown inÂ Figure 4, cash is the leading payment instrument for several expenditure categories, including gifts and other transfers between people (P2P); food and personal care supplies; entertainment and transportation; medical, educational, and personal services; and government and nonprofit expenditures. It is the second most frequently used payment instrument for all other categories except housing (and a distant second for financial and professional services). The average ticket size (see Appendix 1) for many of these expenditure categories is relatively low, suggesting that the reason cash is the most or second-most frequently used payment instrument isÂ becauseÂ small value transactions tend to dominate these categories. Moreover, the fact that debit cards tend to be used frequently for these expenditures as well indicates that cash usage likely is not the result of a lack of access to alternative payment options.

Figure 5Â provides more evidence that consumers do not use cash as a niche payment instrument, but actually use it in similar ways to debit and credit cards. Specifically, food and personal care supplies make up 60 percent of all cash transactions, with entertainment and transportation, general merchandise, and auto and vehicle related expenditures collectively accounting for an additional 26 percent of cash transactions. The breakdowns by expenditure category for credit and debit cards look similar to that of cash, with food and personal care items making up the largest share of consumersâ€™ use of these instruments, as well. In contrast, consumers seldom use checks for these sorts of day-to-day expenditures.

Consumers who prefer cash are a diverse group 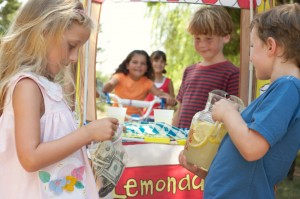 As shown inÂ Figures 8and 9, consumers of all age groups list cash as their preferred payment instrument. Contrary to conventional wisdom,Â 40percentÂ of 18 â€“ 24 year olds actually prefer cash, the highest percentage of any age group. At the same time, this age group also has the highest preference for debit cards. It is possible that a segment of younger consumers prefer cash because they have limited access to banking and other financial products and services, in part due to typically lower incomes in early adulthood. Older consumers are more likely to prefer credit cards and checks than younger adults â€“ and areÂ less likelyÂ to prefer cash than younger adults. The much higher percentage of adults over 65 who prefer credit cards relative to other age groups, particularly the youngest adults, is also likely correlated with income (seeÂ Figure 10). However, the fact that virtually no consumers younger than 35 prefer checks, compared to nearly 8 percent of those older than 65, seems less correlated with income and may instead be the result of other age-related factors, such as payment habits that were established in early and mid-adulthood.

Figure 9 also shows that there is a significant substitution between check and debit, with older age groups tending to use checks much more frequently than debit cards and vice versa for younger age groups. This finding is not surprising given that check preference is highly correlated with age.