editors note: – The following article is this months contribution from Currency News, penned by Astrid Mitchell. Having started my working career in marketing & advertising, the notion of Brand is one I worked with daily for almost twenty years. I have spent an almost equal amount of time in the currency industry. Due to these experiences, Astrid’s article struck a resonant chord – one that I hope others will also hear. We all support the currency brand every day. In a way, the currency brand is our responsibility. We are building the brand called currency…

Public Perception, Public Education â€“ Is it Worth It?

In this issue we cover three examples of surveys into public perceptions of and attitudes towards cash (both banknotes and coins). The examples – from the Bank of Mexico, the Dutch central bank and the UKâ€™s Royal Mint – all show a level of public indifference or lack of knowledge. Whilst it should not necessarily be taken that these results would apply elsewhere in the world, we would hazard a guess that the results are not that untypical, and that similar surveys around the world would result in similar responses.

Indeed, it is possible such surveys could give considerably worse results elsewhere. The Bank of Mexico and DNB are both central banks that have sought to actively engage the public in their currency â€“ and not only by the fact that they survey their publics in the first place. The Royal Mint is similarly active in various measures to reach out to the general population. So if this is the feedback that they receive, despite their efforts, how much worse is it for issuers and producers that are less proactive?

This in turn Â begs the question â€“ is there much point to the investment and time spent in engaging the public, if they remain indifferent to what they are being told, and to what they are handling on a daily basis? One of the topics that we have covered frequently in Currency News is the steps that central banks have taken to publicise their new series, in particular the Level 1 security features that protect the notes against counterfeiting and the imaginative ways that they are going about this. But to what end?

On one level, the information can be interpreted positively – those in Mexico, the Netherlands and the UK can be construed as sufficiently familiar and comfortable with their currency that they feel neither the need nor the compulsion to check these. As was noted in the case in the Netherlands â€“ the public assumes the notes are genuine, so why check them? Â But it could equally apply to the banknotes in Mexico. In this respect, the presence of Level 1 security features, of which has much has been made in recent years, simply serves to validate and reinforce public confidence.

Sceptics would argue, on the other hand, that the investment in educating the public on these features is a poor use of resources. Indeed the Bank of Canada, taking note of public indifference, took the view that it was the professional cash handlers that it should concentrate on most in its publicity campaign with regard to Level 1 features.

If that is the case, what more, or what else, can or should the issuers be doing to engage the public, not only with their banknotes but their security features?

Central bankers in particular are not natural marketers – but even so, many have made great efforts in recent years to provide imaginative public education campaigns. One of the problems is an age-old one in marketing terms. As Lord Leverhulme famously said a century ago, â€˜I know half of my advertising is a waste of money. Trouble is, I donâ€™t know which halfâ€™. The same can be said of any form of marketing or PR activity â€“ namely how to gauge what is and isnâ€™t working.

The second is that, whilst there tends to be a flurry of activity surrounding the launch of a new design, even more so with a new series, the activity then dies down and there is nothing to keep people engaged thereafter. This is exemplified by the downward trends in the Mexico surveys. Banknotes have the advantage over the coins that they are upgraded more frequently, hence providing more opportunities for public engagement. But even so, there tends to be anything from 5-10 years between upgrades. And while coins are upgraded far less frequently, mints do have thriving numismatic businesses which can be â€“ and indeed are being â€“ used in many countries to keep the focus on coins in general.

Alongside these issues of familiarity, or lack of it, there is another at stake â€“ namely, that one of the claimed benefits of notes and coins is the visceral, emotional attachment to these as emblems of national identity, sovereignty etc. That is clearly difficult to achieve in the case of the Dutch, as the euro is not a national currency ( although the ECB, acknowledging the power of emotional attachment, is certainly trying hard in this respect to engender a European identity with its EUROPA theme). Â But what about all the other national currencies? How strong is this emotional attachment, or is it just wishful thinking on the part of the currency community and governments? 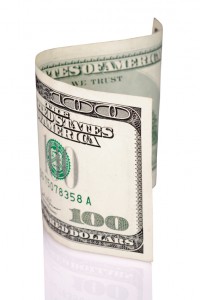 One of the ways of overcoming all of these issues â€“ to keep messages and images about currency fresh in peopleâ€™s minds and to reinforce the supposed emotional links between the public and its notes and coins – is to build the currency as a â€˜brandâ€™. The best example of this is the US $1 bill â€“ irrespective of its purchasing power and the arguments for and against replacing it with a coin, its iconic status is probably one of the most important factors in its continued issuance.

Other currencies could â€˜take noteâ€™ (to borrow the marketing slogan of the Central Bank of Barbados). Currency has several advantages going for it â€“ visual imagery for one, and the frequency and regularity of exposure in day to day life for another. All it takes is some imagination to expand the focus from immediate campaigns with specific messages to longer-term campaigns that provide a constant feed into the publicâ€™s consciousness.

If notes and coins can achieve â€˜brandâ€™ status, then the issuers will benefit from greater familiarity and recognition in return for their investment, as will the producers and suppliers in more engagement and pride in â€“ and hence demand for – what they produce.

Most importantly, however, cash will stand a much better chance of remaining â€˜kingâ€™.