Voting for the 2014 IACA Excellence in Currency AwardsÂ closes on Friday February 28, 2014!Â The ballot is now live on the IACA website.Â Â  All delegates from IACA members in good standing are encouraged to vote for the winners.Â Access the ballot by clicking here â€“ you will need your password – if you are not yet a member of IACA, this would make the perfect opportunity to join. IACA is the only not-for-profit organization dedicated exclusively to the supporting the currency industry.

The International Association of Currency Affairs (IACA) is pleased to announce the shortlisted finalists for the 2014 IACA Excellence in Currency Awards. There are two awards, Best New Currency Innovation and Best New Currency Feature or Product. IACAâ€™s Awards Committee has chosen the finalists from 20 nominations received, which will be put to the IACA membership for a vote. The presentation of the awards will take place at Banknote 2014 Conference in Washington on April 8, 2014.Â  We look forward to seeing you at the presentation of awards.

Finalists are as follows: 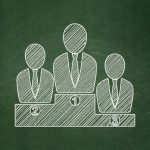 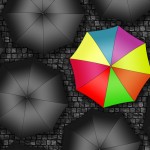