The Price of National Pride

(editors note) This week our friends at Currency News are allowing us to run what amounts to a sequel to our previous article, The National Value of Currency. Almost every industry on earth has been affected in one way or another by the digital revolution. Currency production and counterfeiting efforts are not immune to technology advancements and our industry has undergone significant changes as a result.

The currency industry has often been described as conservative, and indeed it may well have been 25 years ago. That was until along came the digital revolution, which has proved to be one of the most disruptive technologies to date, not only in currency but in many other industries too. Whilst most of the effects regarding currency are plain to see, some are less obvious.

With the digital revolution came the opportunity for anyone to produceÂ good colour copies, which for currency meant good counterfeits. This led to the development of new types of security features, the issuing of new series with these features and the replacement of series every five to ten years to stay ahead of the counterfeiters. Such developments increased the cost of banknotes and, as economies expanded and ATMs provided easy access to banknotes (along with demand for better quality), so the volume of banknotes in circulation increased substantially, adding to the overall cost.

One of the consequences of these market forces has been a two speed situation for currency â€“ but not in one direction. Some countries â€“ eg China, India, Thailand, Indonesia, Brazil and the US â€“ have seen a steady or even rapid expansion in the amount of banknotes produced and in circulation each year. Others â€“ Sweden, Norway, the Netherlands, Denmark and the UK â€“ have seen currency in use either growing very slowly, not at all or even declining.

What all share in common, however, is the increasing cost of cash.

At one time this cost would never have taken precedence over a country having full control over its banknotes and coins from cradle to grave. At that time, cash was more than just its face value â€“ it was a matter of national pride.

But today, in many countries, different forces are at work â€“ namely the pressure to reduce cash volumes and hence costs through the use of more durable substrates, outsourcing of cash handling and even outsourcing of production. With the latter, it was inevitable the number of countries producing their own banknotes and coins would decline.

This month, Denmarkâ€™s central bank, announced it is to close its print worksÂ and mint (see page 1), saving â‚¬13.4mÂ over four years, following the example of its Scandinavian neighbours, with the Bank of Belgium also closing production in the next few years. What all have in common, apart from proximity, is relatively small populations and hence demand.

A different approach â€“ albeit with theÂ same end result â€“ has been taken by the Bank of England. It was one of the first countries to outsource its cash distribution, and the first to outsource the supply of banknotes as well. 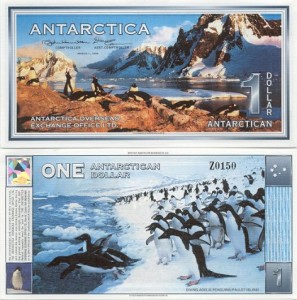 Thus the design, production and circulation of cash is no longer sacrosanct to some central banks. But to others it is.

Kazakhstan is one of the best examples of a country that views its currency asÂ a symbol of national pride. Following the break-up of the Soviet Union, this country of around 17 million people set about producing its own currency, opening its own mint in 1993 and printworks in 1995, the latter being used not only to produce its standard banknotes but also a large number of commemorative banknotes, all of which reflect positively on the nation.

Thailand is another country whose currency has a special place in the national psyche â€“ and like Kazakhstan it produces a good number of commemorative banknotes, which its public willingly buys and collects.

In a different vein, the US is a further example of a country whose currency means a lot to its citizens. Its lowest denomination,Â the world famous greenback or $1 bill, has to date seen off all challenges from the $1 coin and the country not only produces all of its banknotes but even the substrate must come from within the country, such is the importance placed on them.

Today around 17% of the worldâ€™s banknotes are produced commercially by seven privately-owned companies. The proportion of coins produced by private as opposed to state-owned mints is virtually nil. That said, not all countries produce their own coins â€“ they are content to sub contract these to other countriesâ€™ mints. Similarly, some countries will entrust their banknotes to other state printing works.

So there is no one universal trend in currency at this time regarding insourcing versus outsourcing of currency production. The only trend common to all issuers isÂ the need to reduce costs, although many (most) countries continue to draw the line on the extent to which they will allow this to change the control they have on their banknotes and coins.

But attitudes can and do change. If pioneers are successful, others will follow. If theÂ next 25 years are as eventful as the last 25, and with ever-increasing advancements in alternative payment systems, then we will be seeing a very different currency production landscape a quarter of a century from now.