A central banker was heard a few years ago stating on the radio that â€˜there has never been a perfect counterfeit of our banknotesâ€™. To which the thought immediately springs to mind: â€˜if a counterfeit is perfect, you would never know!â€™

So it appears with the report last month that the European Central Mint, a seemingly bona fide organisation based in Amsterdam, had been discovered counterfeiting Â£1 coins. Ironically, the news coincided with the announcement by the UK Treasury that a new 8-sided Â£1 coin will replace the current version in three years time. It is unlikely that the development of the new coins, or indeed the announcement, was a coincidence – for as many as 3 in every 100 coins in circulation in the UK are currently estimated to be fakes and it was only a matter of time before the government decided to upgrade. And those are the ones that can be identified â€“ invariably since they are of poor quality. 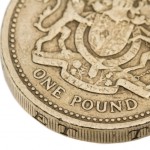 By contrast, the counterfeits emanating from Amsterdam appear to have been virtually indistinguishable from the genuine coins. Not only were they professionally minted on the same type of machines used by the Royal Mint with moulds copied from genuine Â£1 coins, but the alloy was identical in composition percentages for the three metals involved. Thus, in appearance and in vending machines, these counterfeit coins would pass as genuine.

The only tools, until recently, available to authenticate coins have been visual features (designs, edge letters, bimetallic coins, latent images etc) and their EMS signature. The Royal Mintâ€™s development of a forensic technology â€“ iSIS â€“ which will be used in the new Â£1 coins, and is claimed to prove beyond doubt if the coin is genuine, is to be welcomed. As are similar forensic developments from other mints.

But rooting out counterfeits does not rely on technology alone. It also relies on intelligence, observation and cooperation. Which brings us to how the European Central Mint was found out. Apparently, a tax document submitted by the company did not satisfy the authorities, and an inspector was duly sent to investigate. Whilst there he toured the production facility and saw the Â£1 coins being minted. Being suspicious, as is the wont of tax inspectors, he called an expert to query this. Of course, the industry expert was able to quickly confirm that these were indeed counterfeit coins. 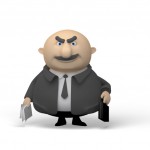 So one moral of this story is – if you are a counterfeiter passing yourself off as a legitimate producer, then donâ€™t arouse the suspicions of the tax man.

This, we are glad to report, is clearly changing. Based on this counterfeiting case, we may now expect a more rapid move to adopt new security features such as taggants, multi layered coins, complex designs and edge detail, flip flop coins, different types of electroplating and shapes, and optically variable effects.