(editor’s note) Many thanks again to Astrid Mitchell and Currency News for this Currency news exclusive from the October edition – a further look into cash as a potential carrier for infectious diseases, such as Ebola. As Astrid points out, the hysteria continues – driven by fear. As kindred journalists and editors our wish is that the combined efforts of world-wide health organizations contain the spread of this particular virus and others that threaten all societies 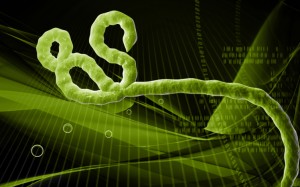 It just had to happen. Those with an interest in the demise of cash would not let an event like the current Ebola outbreak go by without again pointing a finger at cash, and banknotes in particular, as one of the culprits or potential culprits of contamination.

We have all seen these stories before and all seen them shot down both from lack of evidence and by scientific evaluation. Yet at every opportunity the same accusations appear – cash is dirty, it carries deadly germs and these can be passed on to humans just by handling it. The fear factor is a strong card to play. Itâ€™s a bit like witchcraft â€“ you know its poppycock but you are not sure whether to challenge it.

Fortunately there is a difference â€“ with Ebola there are known facts and we do not have to put our faith in the mystical. 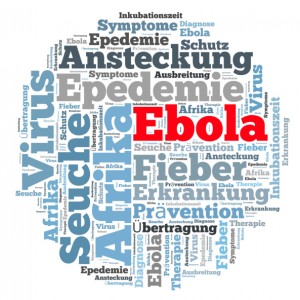 Ebola has been around a long time â€“ it was first discovered in the Democratic Republic of Congo in 1976. Since then there have been numerous outbreaks in Africa but it has, until now, been quickly contained and eradicated from humans. Why? Because we understand it, and in particular, how it is passed from one human to another, and the reason there is no vaccine is simply because demand would be so low. It can be eradicated without a vaccine â€“ or has been until now. This outbreak is only more widespread because the proper actions and precautions were not taken and the countries affected have been ill-equipped.

The Ebola virus is believed to be carried by fruit bats, and infects people through contact with blood or infected droplets. It is not an easy disease to transmit because it is not an airborne virus and can only be transmitted through direct physical contact with infected bodily fluids. Even then, these fluids must enter the recipientâ€™s body through an open wound or through its bodily fluids and not just by surface contact. The fluids most likely to carry the virus are blood and faeces, with saliva and sweat mostly not carrying the disease. So the likelihood of currency passing on Ebola is slight â€“ unless people start using banknotes as toilet paper or bandages, which is unlikely. 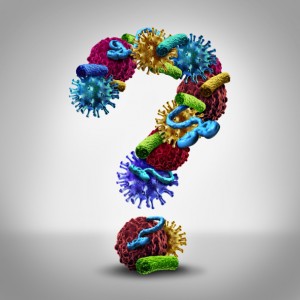 So why the hysteria when we know that treated quickly and using the right procedures, Ebola can be eradicated reasonably quickly? Moreover, not being an airborne virus, it is almost impossible for it to become a pandemic. In fact, the World Health Organization has declared both Nigeria and Senegal free of Ebola, both having been contaminated from the current outbreak in West Africa but which have taken effective action against it.

Unlike Ebola, the hysteria is man-made. We live in an age of digital and so immediate news. To be a big news story, it has to be something pretty unusual – a gripping or threatening story with a strong human angle. And that is exactly what the media are making â€“ a world threatening contagion when in reality it is a deadly disease that, treated properly, can be eradicated.

Currency is built of stronger stuff. There are those who would like to eradicate it and are trying but it survives because it is used, liked and even loved by many billions of people, and they and their predecessors have used it without harm for centuries. Added to which, of course, currency is no greater a carrier than other forms of payment (cards for instance, or indeed phones used for m-payments). And depending on which survey or report you choose to read, rather less.

Ebola is certainly a tragedy for those affected. For others to seize on it for commercial advantage or to spin a good story is merely sick.