Our Emotional Attachment to Currency 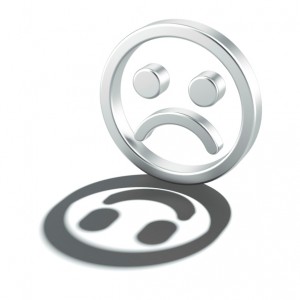 Apparently our emotional attachment to physical currency is of the same magnitude andÂ importance to us as religion and personal intimacy. Not surprisingly, this is something credit card companies have known for a long time and have reportedly continued difficulty combating. However, this was news to me and I was surprised to learn about itÂ during a recent informalÂ group discussion amongst payments professionals. Yet the more I thought about it, the more I realized that having some cash in my pocket contributes positively to my emotional sense of well-being. I realize this sounds awfully esoteric, but the simple assurance that I can buy a coffee, or a sandwich and perhaps tip the server without the hassle of a card transaction is comforting. Simply stated, I can pay quickly, virtually effortlessly and move on quickly with only the simple exchange of some paper (or plastic here in Canada) and a few bits of metal. 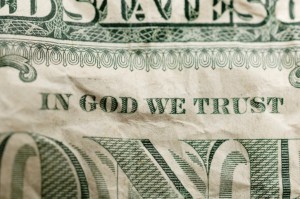 If our emotional attachment to physical currency is so strong, is it any wonder that circulated money continues to grow. The challenge to replace cash altogether goes far beyond finding ubiquitous alternatives that are available to every human and confronts head-onÂ the resistance humans have when a strong emotional bond is threatened. Indeed, I believe this emotional attachment is at the root of the US Government’s inability to end the public’s addiction to their $1 note.

All this attachment to an ever increasing pool of available hard currency begs the obvious question – what are we doing with it? As for my personal comfort level in having some cash in my pocket, it is used for small, quick purchases where convenience and speed are a priority. Yes, cash fuels the underground and criminal economies, but as many experts point out, if you remove cash as a payment choice, these economies will very quickly find an alternative payment method, such is their insidious nature throughout all cultures around the world.Â A recently releasedÂ report,Â Global ATM market and Forecasts to 2019, focuses on how ATM usage and cash withdrawals increased globally in 2013.

According to aÂ Point of Sale NewsarticleÂ on the report, cash withdrawals at ATMs around the world were up 9 percent over 2012 numbers. Roughly 87 billion cash withdrawals occurred worldwide in 2013 compared to 80.8 billion made in 2012. In addition, the amount of cash withdrawn increased by 1 percent to $13.4 trillion for 2013.

An APG Cash Drawer white paper â€œCash Management Solutions: The Emerging Opportunity for POS Dealersâ€ states cash transactions amount to about 40 percent of all sales â€” with many of these transactions for amounts less than $10. Also, a 2012 Intuit study found 55 percent of U.S. small businesses donâ€™t accept credit cards.

I believe we all accept the usefulness of cash for small payments. What then can be said for denominations of higher value, like the US $100 for instance? Would it surprise you as it did me, to learn that approximately 80% of all US currency in circulation are $100 notes? AsÂ reported a story recently in Quartz, it was found by the researchersÂ that the percentage of U.S. currency printed as $100 bills has steadily increased over the past 40 years. It is accepted that a large amount of those $100 notes circulate outside of the US. So, what is done with the $100 note at home? Key findings from the US Federal Reserve’sÂ 2012 Diary of Consumer Payment Choice (DCPC) include:

In summary, I think our emotional attachment to our physical currency is equally strong for us all on a human level. We can’t help but feel a little more confident and ready to face a new day when we have a few notes in our wallet or purse. To paraphrase an oft repeated emotional quotation regarding the US Constitution’s Second Amendment, the Right to Bear Arms:

“I’ll give you my cashÂ when you pryÂ (orÂ take)Â it from my cold, dead hands“