(Editor’s Note) In an earlier article titled The Tipping Point for Polymer, we suggested that the penetration of the polymer substrate has moved from the realm of commemorative and experimental to verging on mainstream (read about Canada and the UK). As our friends (Astrid Mitchell) at Currency news point out, this new polymer substrate option with its demonstrated benefits creates quite the Catch 22 situation for more traditional paper, cotton and composite substrates. The catch is, what does a well established business do when a disruptive and successful upstart enters the market. With possible diminishing returns no matter which direction one chooses, the options facing non-polymer substrate producers are challenging both in the field and the boardroom.

Catch 22 was a satirical novel by American Author, Joseph Heller, published in 1961. Set during the second World War, it is regarded as one of the great books of the 20th century. From it the eponymous phrase entered the English language, referring to a dilemma or difficult circumstance from which it is impossible to escape because of mutually conflicting conditions. In other words, a no-win situation.

A Catch 22 situation facing the banknote industry today concerns substrates â€“ namely, whether paper manufacturers should stick to their product and see durable products take a large slice of their market, or make their products more durable and see their market greatly reduced in size. 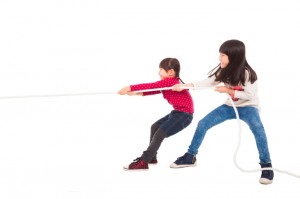 The sector faced and continues to face major changes from evolving technology and the changing requirements of the market. Paper suppliers for decades made banknote substrates either from 100% cotton or cotton with another natural (cellulosic) product such as linen or abaca. Then in the early 1990â€™s along came a disruptive technology, polymer.

When Euro Series 1 was launched in 2002 on conventional cotton paper, polymer substrates were still regarded as a sideshow restricted largely to tropical southern hemisphere countries where the impermeable polypropylene had an advantage over moisture-absorbent cotton. At that point, cotton cylinder mould-made paper was the substrate of choice for 97% of banknotes issued globally

But the ink had hardly dried on Euro Series 1 when the ECB began work on Euro Series 2, and one of their first research projects was for durable substrates, especially for the lower denominations. The net was cast wide and polymer was seriously considered along with many variations of cotton based substrates (with the eventual decision being to stay with cotton and use a varnish instead).

The ECB was not the only driver in the move towards more durable substrates. Polymer met the central banksâ€™ need for more durability to cope with ever increasing costs due to growth, a situation that worsened as banknote circulation life was reduced with the adoption of clean note policies, driven to a large extent by the increasing use of ATMs. The cotton substrate market was quick to respond with durable substrates of its own â€“ varnished, reinforced, impregnated with polymer fibres and, more recently, multi-layer composite substrates. 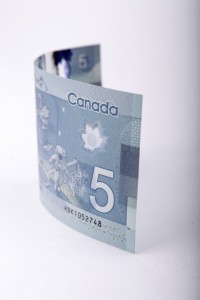 The decision by, the Bank of Canada to adopt polymer for all of its new series was a milestone for the substrate, particularly as the decision had been made on security as well as durability grounds. And the recent decision by the Bank of England to follow suit for its two lowest denominations has been widely described as a â€˜tipping pointâ€™ (defined as when an idea or trend crosses a threshold and spreads like wildfire).

In reality, however, the tipping point relates not specifically to polymer, but to the longevity of banknotes overall. And, keeping with the fiery theme, the move towards durability is less of a wildfire and more of a slow burn, progress being made up of an accumulation of events.

The recent decision to adopt a durable substrate for another major currency â€“ namely DurasafeÂ® for the new Swiss series â€“ is a recent example of such an event (albeit that the Swiss National Bank made the decision principally on security grounds). A number of other currencies are also switching one or more denominations to composite substrates â€“ Louisenthalâ€™s HybridÂ® â€“ while De La Rueâ€™s introduction of SafeguardÂ® will further boost the market for polymer simply by virtue of the fact that central banks now have more than one supplier to choose from.

Another related event, again for a major currency (the US dollar) – albeit in a different vein – is the increased lifespan of the low denomination $1 bill. This has been achieved not by changing the substrate, but by the way the notes are processed. Due to a progressive combination of new sensor technology and changes to procedures for presenting notes for processing, the life of this bill has more than doubled to just under six years in the past decade.

And the developments donâ€™t stop there. A new technology â€“ Aeris from Spectra Systems – is now available for increasing the lifetime of notes which has nothing to do with changing the substrate, or changing the way they are processed, but by cleaning them so that they can be put back into circulation again and again. This is an example of another disruptive technology and begs the question â€“ while we launder and dry clean our clothes, why has no-one until now come up with an effective system for doing the same with banknotes? 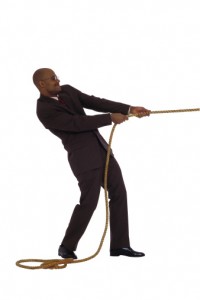 Whether it is in the development of more durable substrates, or more effective sensors or systems, the collective and cumulative advances have been made in response to changing demands and market conditions. But from the perspective of the paper suppliers, these same developments will lead to lower volumes. In reality, therefore, they are faced with two choices. One is to do nothing, or the bare minimum, and compete for standard substrates mainly on price, accepting that volumes will nevertheless fall. The other is provide and promote a durable portfolio of substrates, which will command a higher price but at the expense of long-term volume.

Itâ€™s a classic Catch 22, made more difficult in the knowledge that alternate payment systems and e-commerce are biting at currencyâ€™s heels. So far banknote growth is outpacing change, which mitigates the effects of durability and other measures on volume. But for how long?