a blast from my blogging past -when is a banknote the same as a tire?

And the answer is…? When a cash vault is the same as an auto manufacturing plant!

Â OK, Henny Youngman I’m not, but the way I see it is that there is a growing quiet revolution going on in the global cash vault industry. Paper, pencils, note and coin counters spreadsheets, manual GL’s , etc. are being replaced by increasingly complex and pervasive vault management software applications, up-stream and down-stream data integrations, intelligent and multi functional high and mid-speed note and coin sorters and discriminators, auto-generated reporting and datafile transfers and so on. However, due to the initial cost of entry most evidence of this is typically found in larger institutions that have the deep pockets to fund such paradigm shifting change. 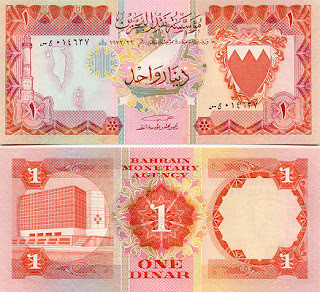 Virtually everyone I know who works at a senior level in a cash vault has been in this business for many years. I would suspect that all of them are aware of areas within their own operations and perhaps within their peer’s, that are still utilizing otherwise outdated manual processes. I have recent personal experience reviewing a vault operation with a potential customer who wanted to stop using paper forms and Excel spreadsheets as the foundation of the systems used to operate and balance his vault on a daily basis.Â Â Â

Heck,Â Henry FordÂ revolutionized the automotive industry and manufacturing in general when he developed assembly-line manufacturing in 1914. Today we have many nuances in the traditional manufacturing world, “just-in-time”, “total quality control”, “six sigma” and “lean manufacturing” initiatives, ISO/CE/UL standards and on and on…
Curiously, few of the advantages of today’s modern manufacturing principles have been applied to cash vault operations. So let’s look at this business from a slightly different view…Â Â Â

I realize that is a broad statement, but it’s a good place to start because I plan to follow on with a few subsequent postings that will dig into this topic a little further.Â

As the industry is right now, I see that the kings and queens of cash who are the early adopters of these new manufacturing principles are developing a significant competitive advantage over their peers – but I think the head start is over. Now that the trail has been blazed so to speak, the opportunity exists for the “little guy” to start making the same beneficial changes, because the cost-of-entry has dropped significantly. That fact coupled with the push for expanding the cash management influence out into the retail market place, by both central and commercial bankers, is going to result in a major global shift in how hard currency is managed.

In subsequent posts on this topic I hope to look at each area of the vault as a manufacturing unit. I also plan to comment on the “nature” of currency, not as an instrument of value and commerce, but as a high demand unit of consumption that has both positive and negative inherent characteristics.Â

I’ll let you think on that for awhile!

The link for today’s posting will lead you to a Wikipedia page that describes the principles and tells the story of Six Sigma. I offer this only because the practice of Six Sigma seems to be somewhat pervasive with the “early adopters”.